As the spring semester ends, Beta Gamma Epsilon would like to congratulate it’s 2017 graduating class. Although we will miss them, we wish them the best of luck in beginning their professional careers. Find out more about the Class of 2017 below: 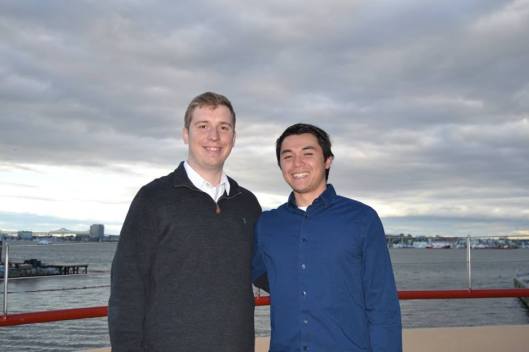 Martin Bujwid: Martin is graduating with a BS in Mechanical Engineering. As part of Martin’s senior capstone project, he and fellow Brothers Max Sminkey and Thomas West developed a device to transform foldable unpowered wheel chairs into power assisted wheel chairs. Martin will be staying in Boston and attempting to commercialize this technology as Cofounder and CTO of Power Assist Solutions.

Brendan Murphy: Brendan Murphy will be returning home to New York and continuing his career in Chemical Engineering.

Christopher O’Brien: After graduating with a degree in Computer Science, Chris will join previous BGE graduates and make the journey out to San Fransisco where he will be working as a software engineer at Foursquare.

Nick Delatorre: Nick will be remaining in Boston and working at Cambridge biotech startup Lyndra. He graduated with a BS in Chemical Engineering.

Sean O’Connell: After graduating from Northeastern as a Chemical Engineer, Sean will be taking some time to travel, joining other Brother’s in a trip to the midwest before returning home.

Thomas West: Thomas, graduating with a Bachelors in Mechanical Engineering, will be staying in Boston to work full time at his third co-op, Nxstage Medical.

With another year over, Beta Gamma Epsilon must once again say good bye to an outstanding group of scholars, athletes, and above all, brothers; The Class of 2016. An incredibly talented group of men, we know our seniors will go far. Find out more about our seniors below: 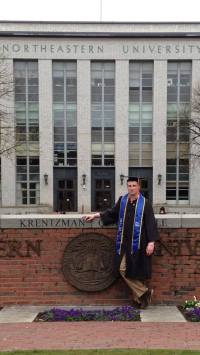 Jack McCullough: Jack, a Chemical Engineer, will be moving to Cupertino, California where he will be working for Apple in their Engineering Operations Division.

Sean Holmes: Sean is graduating with a BS in Electrical Engineering. He will be continuing his career as a beekeeper.

Pankil Modi: Graduating with a BS in Civil Engineering, Pankil will be traveling around the world for 6 months this summer, before returning to the United States to continue graduate school at Johns Hopkins University

Ryan Sullivan: After spending a few months traveling around Thailand and East Asia, Ryan will be returning to Boston where he will be working as a programmer a PayPal.

Ryan Pembroke: Ryan Pembroke, a graduating Mechanical Engineer, graduated early in December 2015, and is currently living in Wisconsin where he works at Milwaukee Tool on their engineering and marketing team.

Our 2015 graduating class has been one of the most successful in recent memory! Learn more about who they are and where they are going:

Deniz Ozkaynak: Deniz, a software engineer, will be staying in the Boston area and will be working at Lockheed Martin’s Advanced Simulation Center programming military training simulations.

Ian Powell: Ian, a chemical engineer, will also be staying in the Boston area, working at New England Controls, a company he previously completed his third co-op at. He will be specializing in process control systems for pharmaceutical companies.

Will Tome: Will, an Information and Technology Services major, will be working full time at EchoStor, where he will focus on cloud automation, operations management, and networking.

Chris Kolek: Chris will be working at Charles River development as a software engineer, where he will be working in the market investment division, specifically fixed income executions.

Andrew Waite: Following graduation, Andrew will be moving to North Berwick, Maine, where he will be working as a mechanical engineer at Pratt & Whitney.